NETEC's response to the DRC outbreak.

On August 1st 2018, a new outbreak of Ebola virus disease was declared by the Ministry of Health in the North Kivu Province of the Democratic Republic of Congo (DRC). No new cases have been reported since the 17th of February 2020, and the last confirmed case was released on the 3rd of March 2020. Authorities are continuing to watch for possible re-emergence of the virus (WHO). As of March 9th 2020, there are 3310 confirmed cases, 134 probable cases, and 2264 deaths in twenty-nine health zones in the DRC in North Kivu Province, including Alimbongo, Beni, Biena, Butembo, Goma, Kalunguta, Katwa, Kayna, Kyondo, Lubero, Mabalako, Mangurujipa, Masereka, Musienene, Mutwanga, Nyiragongo, Oicha, Pinga, and Vuhovi, in South Kivu Province, including Mwenga, and in Ituri Province, including Ariwara, Bunia, Komanda, Lolwa, Mambasa, Mandima, Nyankunde, Tchomia, and Rwampara Health Zones. On July 17th, 2019 the Director-General convened the Emergency Committee under the International Health Regulations (IHR) and accepted the Emergency Committee’s recommendation that the outbreak constitutes a Public Health Emergency of International Concern (PHEIC). See updates on the WHO situation reports page and the WHO health emergency update page. The first case was confirmed in Uganda on June 11th, 2019 (WHO), and the Uganda Ministry of Health on June 17th, 2019 stated there are 3 confirmed cases with 3 deaths in Kasese province, and no new cases as of July 25th, 2019, 42 days after last contact (Uganda Ministry of Health).
Between April 1st and June 24th, 2018, the World Health Organization (WHO) reported 54 Ebola virus disease cases in the DRC: 16 probable and 38 confirmed, resulting in 33 deaths. Fifty WHO public health experts were deployed to assist the DRC’s Ministry of Health. Confirmed and probable cases were reported from three health zones: Bikoro (21 cases), Iboko (29 cases), and Wangata (4 cases). Seven cases were health care workers, two of whom died. After 42 days passed since the last possible exposure, the Minister of Health, Dr. Oly llunga announced the end of the outbreak in that region.
The 2014-2015 Ebola epidemic highlighted the need for rapid response and dissemination of information during an outbreak. The National Ebola Training and Education Center (NETEC) is prepared.
Specific for the current situation, NETEC has collected some essential Ebola-related resources on this page. Additionally, healthcare and public health professionals can register to attend an upcoming workshop or submit a question to one of NETEC’s many experts via the web portal or by emailing info@netec.org.

Check out the WHO Africa's for up-to-date statistics on the outbreak.

See relevant resources on Ebola below. 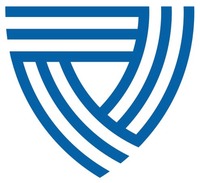 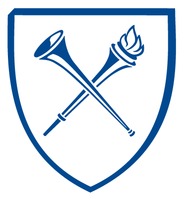 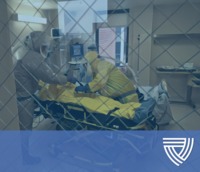 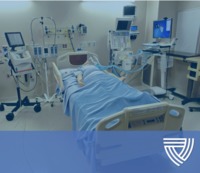 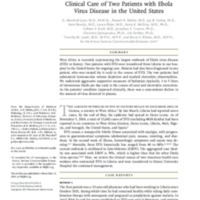 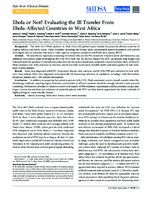 Ebola or Not? Evaluating the Ill Traveler From Ebola-Affected Countries in West Africa. 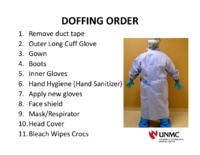 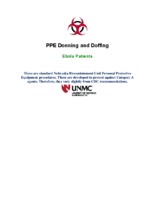 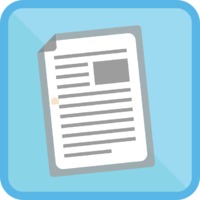